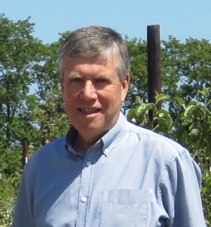 Tim Biddlecombe is Chairman of Fruit Advisory Services Team LLP who are responsible for the day to day management and husbandry of the Collections and orchards at Brogdale. After graduating from Wye College with a degree in Horticulture (Business & Management) Tim joined the government advisory service to growers (ADAS) and was posted to Brogdale which was then a government experimental farm – the National Fruit Trials, where he was responsible for pear and raspberry variety trials. His career then moved to giving on-farm advice and he joined FAST when it was set up in 1981 becoming Managing Director in 1992. Having set up FAST’s office in East Anglia Tim returned to Kent and oversaw the move of the company’s operations to Brogdale in 2008. As well as giving advice to commercial fruit growers he is actively involved in trials into new growing techniques etc. at Brogdale and in many industry initiatives to improve fruit growing in the UK. 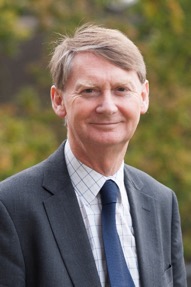 BSc Agriculture (1972, Wales), PhD Agriculture (1976, Reading)] is a Fellow of the Royal Society of Biology and currently Professor of Crop Production and Director of Health Partnerships at the University of Reading. He was previously Dean of the Faculty of Life Sciences (2008-2016) and Head of the School of Agriculture, Policy and Development (1998-2008) at Reading. Richard’s PhD was on crop plant genetic resources conservation and he has continued that interest to the present day in his links with gene banks worldwide and particularly as Principal Investigator for the scientific curation of the National Fruits Collection at Brogdale.

His 345 research outputs in books and refereed journal papers cover reproductive plant biology and the effect of environment on seeds, plants and crops, including global crop adaptation, climate change impacts on crops, seed storage and seed production. In addition to being a Trustee of the National Fruits Collection Trust, Richard is a Member of the Board of Directors of the World Vegetable Centre and Chair of the UK Vegetable Gene Bank Advisory Committee. 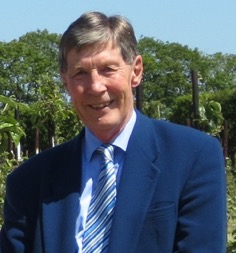 Adrian Barlow worked for three years as an agricultural officer in Uganda before embarking on a career in sales and marketing with Schweppes, Thomas French and Whitecroft Lydney where he was Sales and Marketing Director. He was Development Director at Home Grown Fruits and also Chairman of the industry’s Cox Campaign before establishing his own management consultancy in 1998. Since 1997 he has been a Director of the Fresh Produce Consortium and in 2010 he was elected Vice- President.

He recently retired as Chief Executive of English Apples and Pears Ltd and of the industry’s Promotional Campaign for dessert apples and pears. He was also Chairman of the Bramley Campaign, and an expert member of the EC’s Working Forecast Group – Apples and Pears representing the UK industry both with WAPA (World Apple and Pear Association) and the Copa Cogeca Apples and Pears Group in Brussels.

In 2001 he received the Lewis Award from the Worshipful Company of Fruiterers’ for services to marketing and in 2006 he was presented with the David Hilton Memorial Award by the East Kent Fruit Society for distinguished service to the top fruit industry. 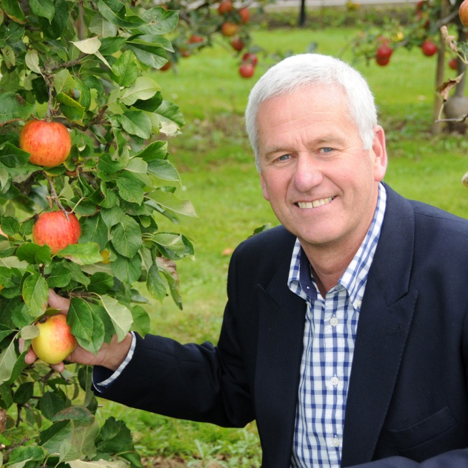 A fruit tree nurseryman and grafter who specialises in the introduction of new and novel fruit varieties for both the commercial and amateur fruit grower.

A Past Master of the Worshipful Company of Fruiterers, he has served as a Board Member of the Horticultural Development Company, a Trustee of Borough Market and is currently the Chairman of the East Malling Trust. He has been an RHS Gold and Silver Gilt Medal winner for Fruit Gardens and has broadcast on both radio and television in the UK and abroad and has written amateur fruit growing articles and a book on allotmenting for busy people. His great passion is not the growing of fruit and vegetables, but the eating of them!3 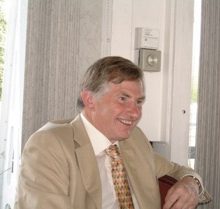 Alan French retired in 2003 from his role as Business development Director for Europe with global industrial services company CHEP. Since that time Alan has been Master of the Worshipful Company of Fruiterers and through his involvement in Rotary International has been involved in developing young managers through international travel scholarships; supporting micro entrepreneurs in Malawi and leading projects to plant two community orchards in South Buckinghamshire (where he lives with his wife Fionnuala). 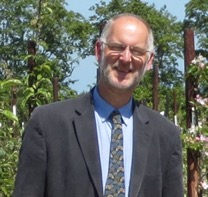 Paul Hadley is Professor of Horticultural Crop Physiology at the University of Reading, where he has worked for over 30 years.  His main interest is how environment affects growth, development and yield of crops.  He has an interest in both temperate and tropical crops (he has worked for 30 years on cocoa and is involved in a number of long-term projects on cocoa working in the UK and in cocoa producing countries).  With Richard Ellis, he is responsible for the overall management of the scientific component of the curation of the National Fruit Collections.  He is particularly interested  in evaluating  past apple flowering and fruiting records from the National Fruit Collections, together with current work on the phenology of certain varieties, to understand the impacts of past and future climate change on patterns of flowering and fruiting in apple.

Signup to our Newsletter

NFCT use cookies to ensure that we give you the best experience on our website. We do not share your details with third parties. If you continue to use this site we will assume that you are happy with it.Ok